Jotun is a unique, hand-drawn indie game that launched on Steam late last year and is heavily based in Norse mythology. The game will be getting an update in a few months called the ‘Valhalla Edition’ as well as a proper release on Xbox One, PlayStation 4 and Wii U.
Valhalla Mode adds a boss rush mode, making the enemies tougher and even fiercer than before. The game was already punishingly difficult, and the Boss Rush mode included in the Valhalla Edition will add layers to that challenge. The price for the console edition of the game will run at $15, while the PC update will be free for those who already own the game.
Clicca per espandere... 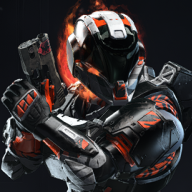 LV
1
Up anti cut off