Sony Pictures Animation unveiled an expanded slate Wednesday at the Annecy International Animation Film Festival in Annecy, France. Coming off the success of its Oscar-winning Spider-Man: Into the Spider-Verse


Wish Dragon
A tale about the power of friendship set in modern-day Shanghai. The film, directed by Chris Appelhans (Coraline) and featuring Jakie Chan, is set to release in China in 2020, is a co-production between Sony Pictures Animation, Beijing Sparkle Roll Media, Tencent and Base Media

Black Knight
Directed by Tartakovsky is an original action-adventure epic that tells the story of a highly skilled and faithful knight who, after failing to protect his king, must transform himself into the Black Knight to save the kingdom

Fixed
the studio’s first R-rated comedy, also directed by Tartakovsky is the story of an average, all-around good dog who is in love with the show dog next door, and what happens when he learns that he is going to get neutered in the morning. What does a dog do with his last night out with his besties?

The Mitchells vs. The Machines
Aiming for 2020 release the film is produced by Phil Lord and Christopher Miller


The Boondocks (reboot)
The return of “The Boondocks,” a co-production with Sony Pictures Television, is a complete re-imagining of the beloved and wildly rebellious animated satire for this modern era, and chronicles the adventures of the Freeman family against the evil local government tyrant Uncle Ruckus, who rules fictional Woodcrest County, Maryland with an iron fist

Hungry Ghost
based on the Dark Horse Graphic Novel by the late Anthony Bourdain and Joel Rose, it will be an anthology of frightening, hilarious, twisted, and culinary-inspired ghost stories. Each episode will range in tone and will look completely different from the last, taking advantage of various forms of animation to best fit each story.

Superbago!
a collaboration with Stoopid Buddy Stoodios, and previously developed as a feature film at Sony Animation, will be a half-hour comedy that blends Claymation and live-action, and follows the adventures of two dimwitted animated heroes traveling in a very real Winnebago around the actual United States of America.
Clicca per espandere... 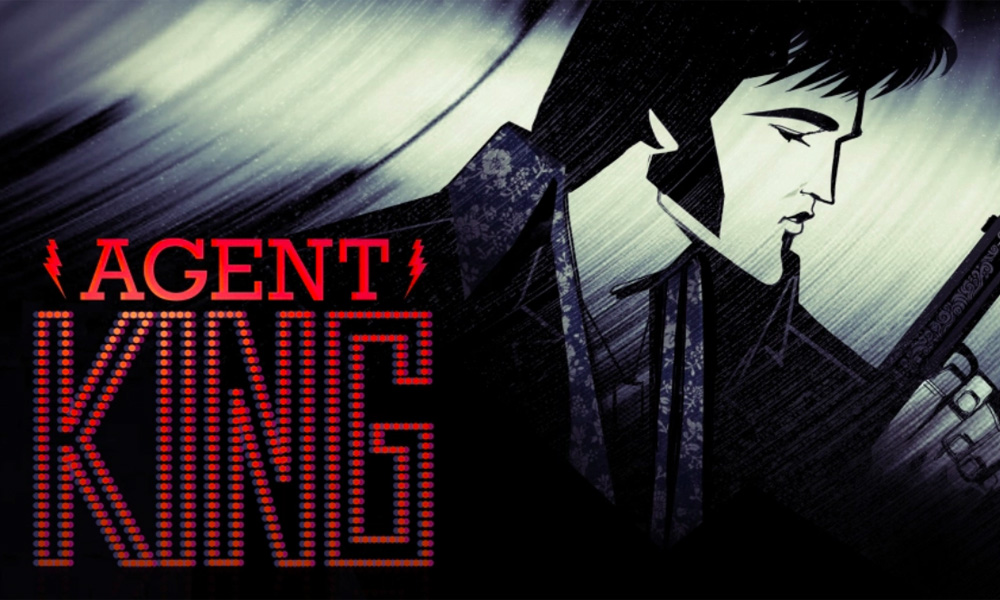 
From the time Elvis was a young boy he always dreamed of being the superhero fighting crime and saving the world! Agent King lets him do just that…My co-creator John Eddie and I are so excited to be working with Netflix and Sony Animation on this amazing project and getting the chance to show the world an Elvis they haven’t seen before
Clicca per espandere... 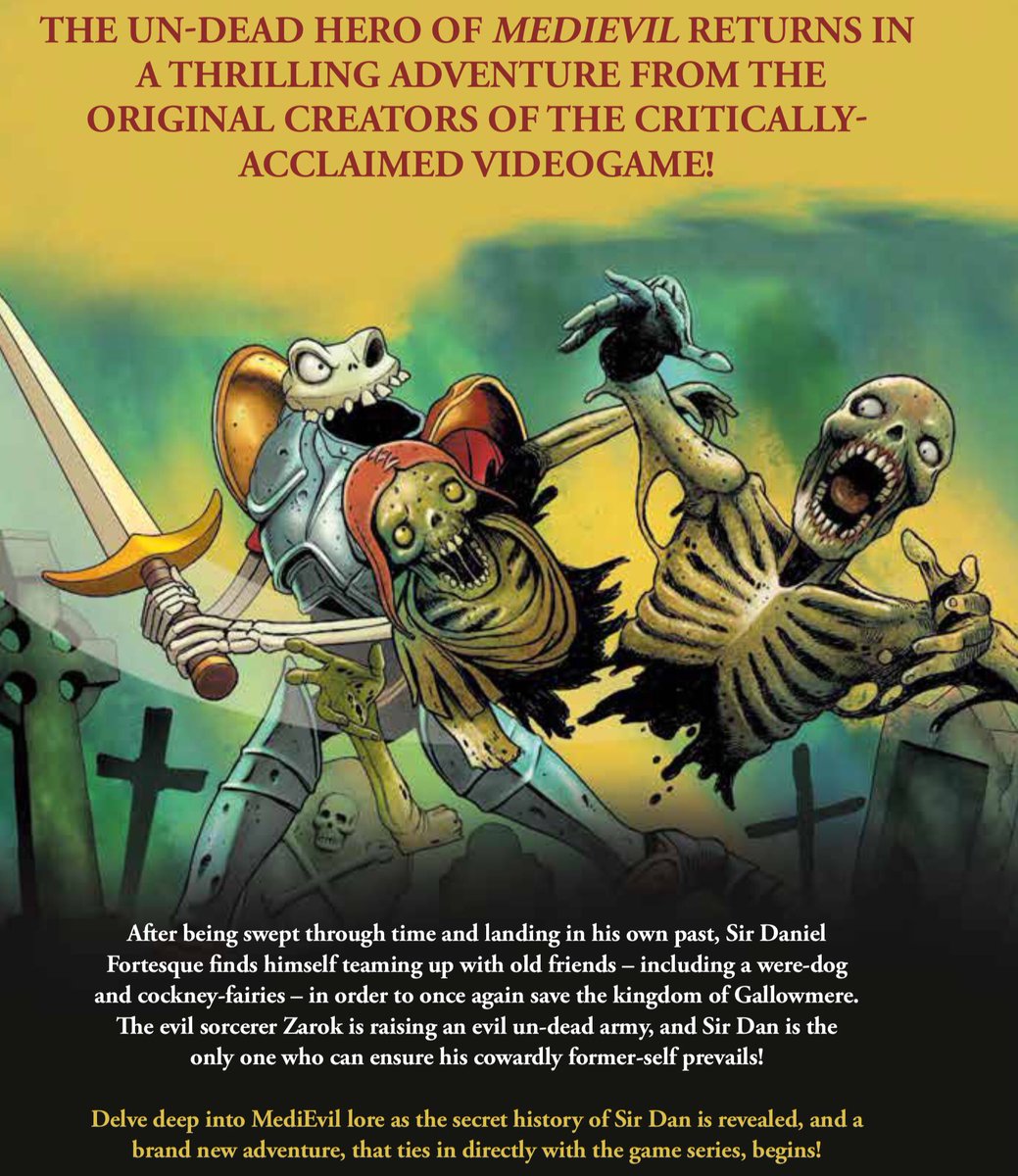 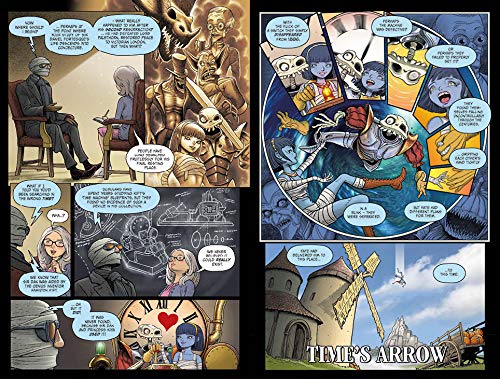 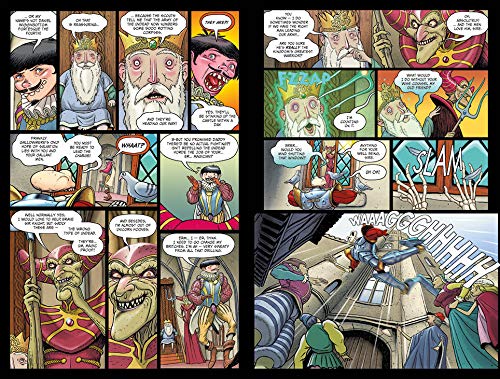 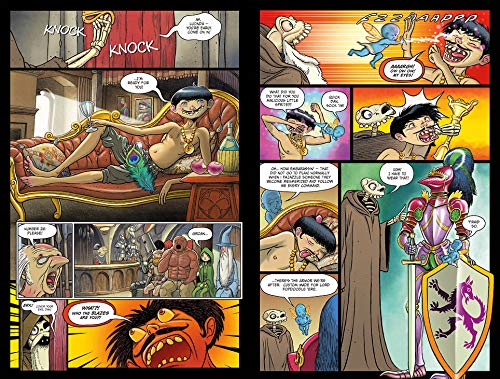 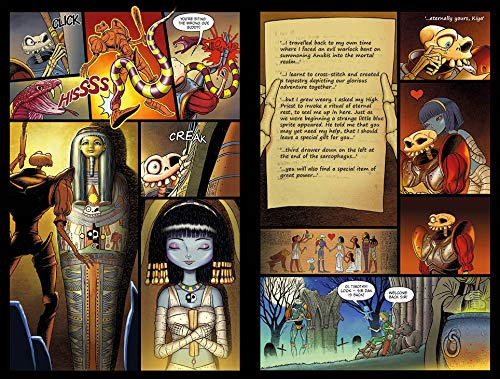 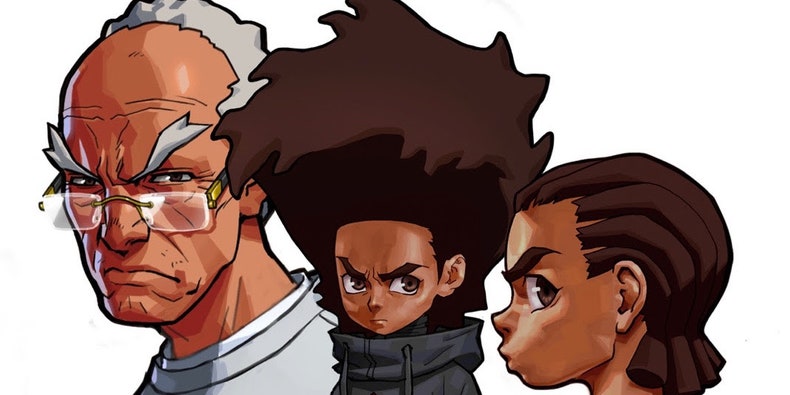 
The new series will follow the adventures of self-proclaimed “Civil Rights Legend” Robert “Granddad” Freeman, and his two rambunctious grandsons Huey and Riley. The family has recently moved to an idyllic community in suburban Maryland only to see it taken over by the tyrannical Uncle Ruckus and his bizarre neo-fascist regime. Life under Ruckus turns out to be an everyday struggle to survive.


‘The Boondocks’ was a revolutionary series that sparked conversations on hot button issues and brought dark subjects into the light with episodes like ‘The Trial of Robert Kelly’, ‘The Fundraiser’ and ‘The Story of Gangstalicious’.


There’s a unique opportunity to revisit the world of ‘The Boondocks’ and do it over again for today. It’s crazy how different the times we live in are now – both politically and culturally – more than a decade past the original series and two decades past the original newspaper comic. There’s a lot to say and it should be fun
Clicca per espandere...

An exclusive lead-in story to a brand-new Horizon Zero Dawn ongoing comic series. Discover a far-future Earth full of epic natural beauty, where awe-inspiring machines are the dominant species. Talanah, Sunhawk of the Hunters Lodge, struggles to find purpose after Aloy, her trusted friend, disappears. When a mysterious new threat emerges in the wilds, she returns to her roots as a hunter to defeat it, only to learn that a whole new breed of mechanized killers stalks the land.


Black Cat’s heroic days are behind her, but what is the secret behind the treasures she’s thieving? And why would Spider-Man let her go?! Delve into previously untold tales of Spider-Man and Black Cat’s relationship, and a shock ending that will make your webs spin!


MARVEL'S SPIDER-MAN: THE BLACK CAT STRIKES allows us to continue world-building upon the remarkable, original Spider-Man narrative created by Insomniac Games and PlayStation in creative collaboration with our team at Marvel.
We’re delighted to persist with our amazing Marvel Publishing team up to give Spidey fans a glimpse into events connected to the Marvel’s Spider-Man: The City that Never Sleeps storyline unseen in the game itself, delivering new details about these beloved characters and their development


Cover A by Sana Takeda

Cover B by Scott Campbell


Sony Pictures Television is diving into children’s TV in a big way by buying Silvergate Media – the producer behind global hits “Octonauts,” Netflix’s “Hilda” and the “Peter Rabbit” animated series, for $195 million.

Silvergate will be the first kids’ label in the Sony Pictures Television stable.


Silvergate is currently working on three new seasons of “Octonauts” as well as two spin-off movies, which will be on Netflix internationally, and a musical special, in working are also the second seasons of “Hilda” (an adaptation of the Luke Pearson graphic novels about a girl’s magical and mystical adventures), and “Sunny Day” a series for Nick Jr.
New projects include “Monkey With a Tool Belt,” about a monkey who uses tools to build things and solve problems, and “Creature Cases,” about a group of animal detectives, for Netflix. It also has show for Disney, details of which are under wraps.


We are excited to extend our capabilities and gain valuable children’s IP to bolster our entry into the kids’ space, Silvergate gives us a great building block to expand into this genre in a meaningful


We are all excited about joining SPT and the creative teams within the SPT family. 2020 will see a new and strong development slate coming to market with some exciting new series in the pipeline
Clicca per espandere...


Every family road trip, no matter how meticulously mapped out, will face at least one unforeseen crisis. Maybe it’s a blown tire on a little-traveled back road. Maybe it’s a beloved stuffed animal left at a rest stop, 150 miles back. And maybe it’s a global tech uprising, where the world’s electronic devices gain sentience and join forces in an attempt to exterminate all humanity.

Some of the state-of-the-art animation technology developed for Spider-Verse has been used and built on to create Connected, particularly to experiment with different art models. The grittier human world is rendered in a messier, more hand-drawn style, while the robots are all CG shine and chrome


I tried to think about the two things that I loved the most, which was my crazy family… and also killer robots


The big whiz-bang of the tech uprising [and] robot apocalypse makes for a lot of exciting action and comedy, but at the end of the day, the heart of this thing is this family

(about Mike)
We thought he was a kindred spirit because he also sleeps in his office and doesn’t come home from work
Clicca per espandere...


Talanah, a strong and determined hunter, struggles to find purpose after her trusted friend Aloy disappears. When a mysterious threat emerges in the wilds, she sets out to hunt and to defeat it, only to learn that a whole new breed of killer machines stalk the land!


Cover A by ARTGERM


Cover A by Sana Takeda

Cover B by Carlos Gomez

Cover A by Sana Takeda 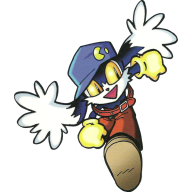 visto The Mitchells vs the Machines

PRANCER BELONGS TO THE CANYON NOW! 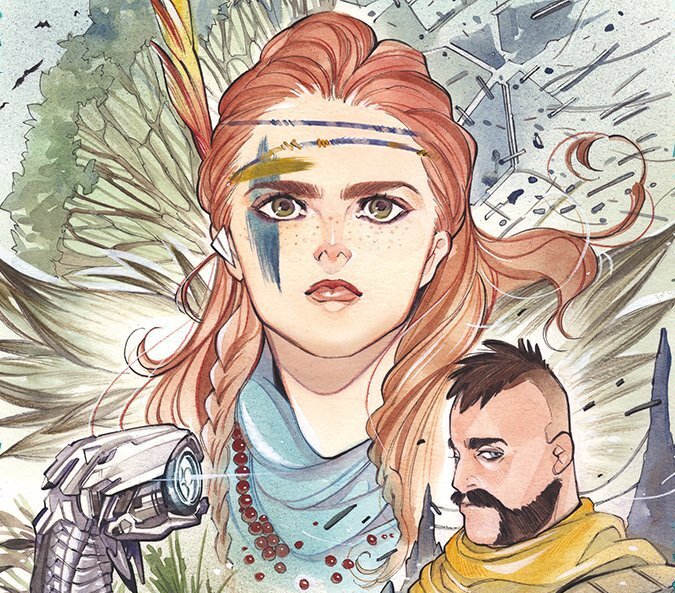 Taking place during the events of the original game, this new arc explores the never-before-told adventures of Aloy and her fan-favorite sidekick Erend as they hunt for a killer with links to his past. As their journey progresses, and the pair fend off a series of deadly machines, Erend reveals the sweeping tale of the liberation of Meridian, and how his sister, Ersa, Captain of the Carja Vanguard, was murdered.
Clicca per espandere...