Futurlab is partnering with Sierra Games to bring Velocity 2X, launched last September for PlayStation 4 and PS Vita, to PC, Mac, Linux, and Xbox One, the studio announced.

The port will be handled by Futurlab and published by Sierra.

“Working with Sierra is therefore an important step forward for FuturLab, and our relationship doesn’t end with Velocity 2X…,” Futurlab said in a blog post.

As for PlayStation fans, Futurlab assures that it “still loves PlayStation and its loyal players” and will “continue to work closely with Sony to make sure the fan base we’ve worked hard to build is well served.”
Clicca per espandere... 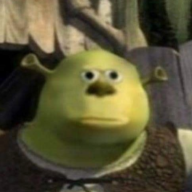 LV
2
Up anti cut off