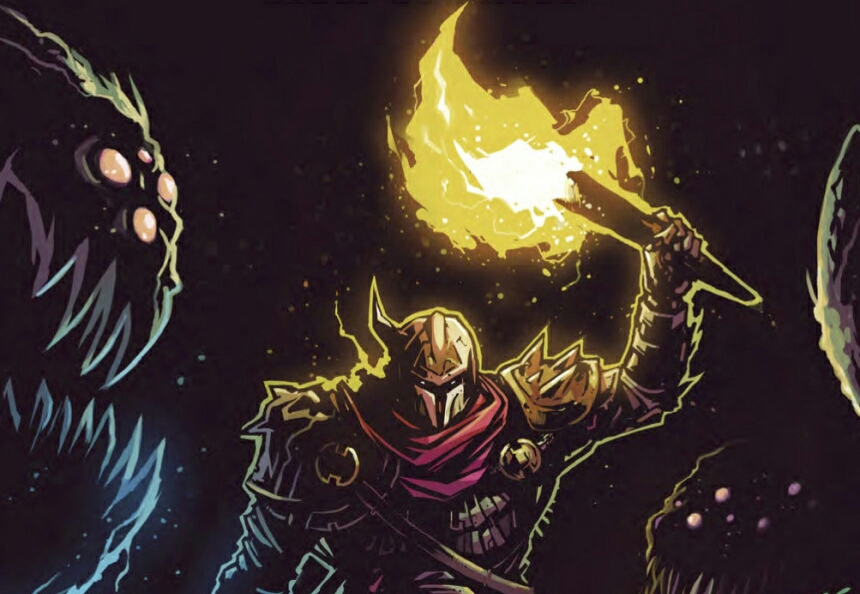 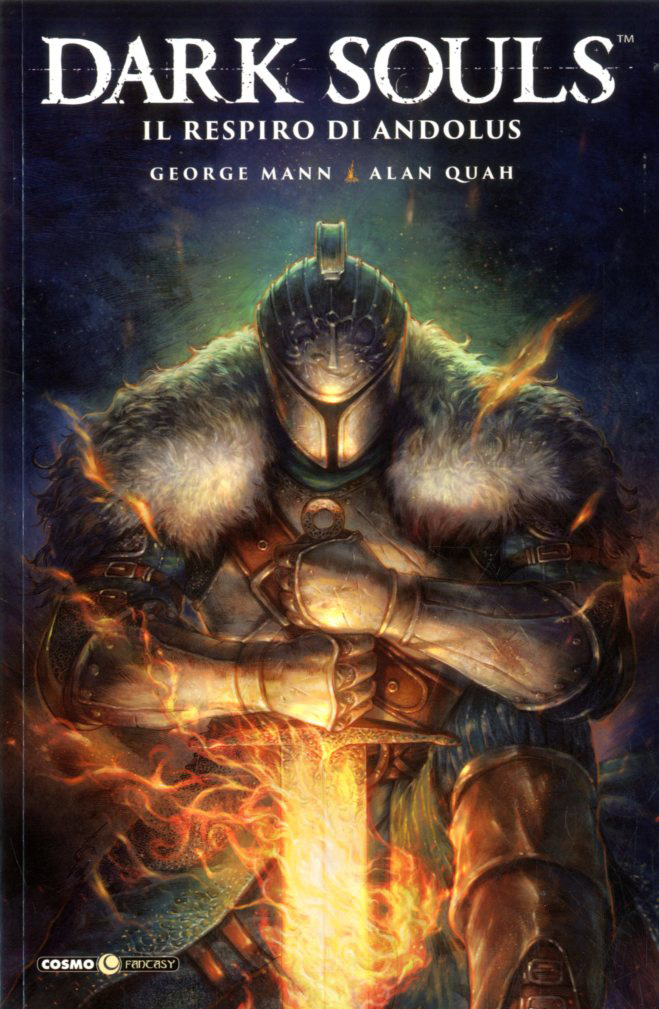 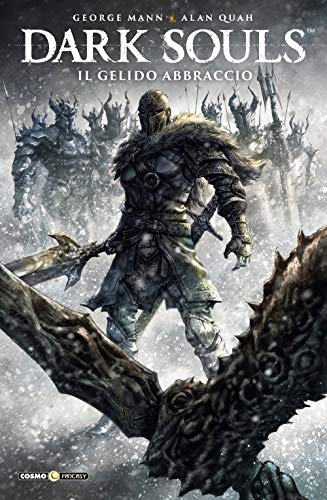 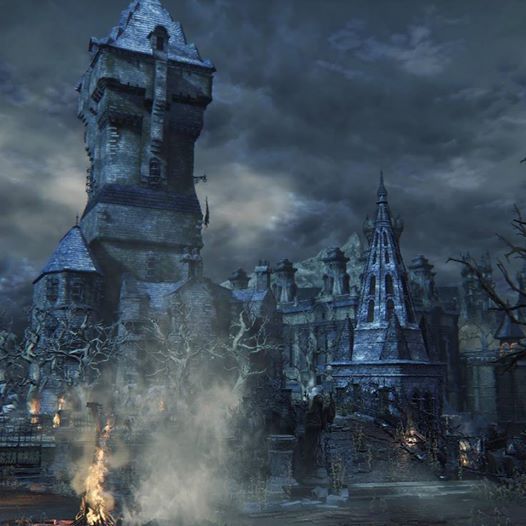 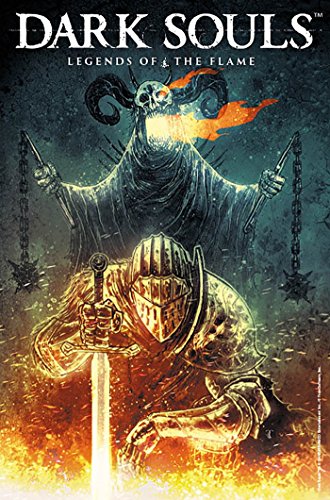 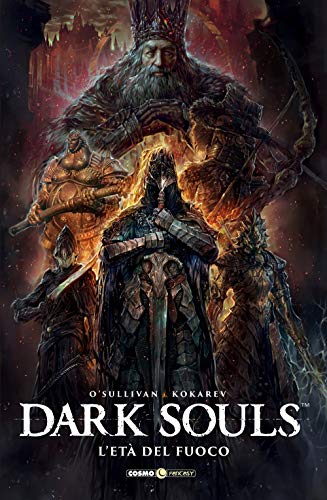 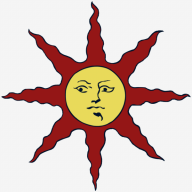 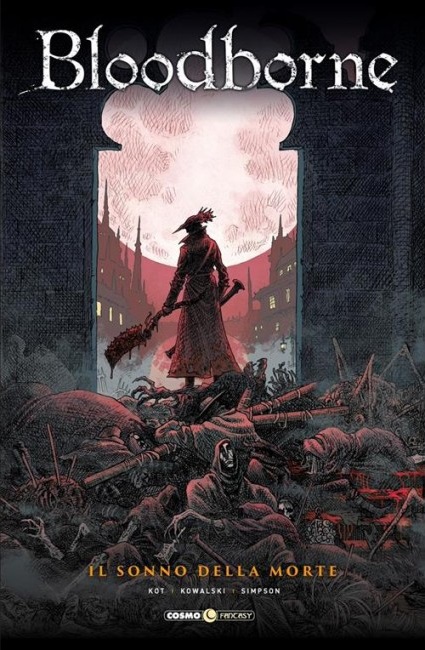 So, when Bloodborne: The Death of Sleep was officially announced, in the press release you admitted to sinking nearly 200 hours into the game before even knowing a comic book was a possibility. Why don’t you provide us with some background on the genesis of this project and how you became attached to it.


I loved the game. I stopped playing games for about ten years – was too busy, didn't feel it was that high a priority – and then I came back to them around 2015 while recovering from a bad illness and needing something to do during extensive downtimes. I bought a PS4, got The Last of Us, GTA V, Bloodborne, Limbo, NHL 15 and I forget what else, and I just dove in. What a time to be barely alive.

So yeah, I played and had the time of my almost-life, and being who I am, I started thinking about all the possibilities within the world of Bloodborne. The game is built to fire up the imagination – it's intentionally weaved in ways both concrete and obscure, implying meanings but rarely creating maps for you. I admire and look for that kind of storytelling and experience, so yeah, I was processing that and made some notes and played with ideas here and there and thought "yeah, that would make for a good comic."

And then like a...year later I somehow found out Titan got the license and cold emailed them. The email only said "HERE I AM" and...okay, yeah, that's not what it said, but that was the subtext of it. Thankfully, they're very smart and lovely people and so they got it.


The first issue of The Death of Sleep follows a nameless Hunter as he meets some familiar faces (both human and beastly) in Old Yharnam. Also, the core death and rebirth mechanic of the video game is introduced, and we get a hint of where the narrative is headed. But what’s the timeline here compared to the events of the game, and is there a possibility this “nameless Hunter” won’t be so nameless in the end? Could he have a strong connection to The Old Hunters DLC?


Hah, you're asking a lot of questions that Miyazaki-san would probably pleasantly refuse to answer, and I'll be doing the same. But I'll give you some breadcrumbs, just don't overcommit to them as some sort of ultimate truths, because that they are not...I'll also point out that nowhere is it said that the Hunter is a he.

The timeline...well, the Old Yharnam is burning, so what does that tell you? Could we be set in the past? Or is time cyclical? Or – does the nightmare deform time, and are we in some merging of the past, the present, and the future? Or...are we in the nightmare? Or in the dream? The waking world? All...three?

I mean, you asked me.


While Bloodborne is enigmatic and ambiguous both visually and in terms of narrative, it’s nonetheless a game replete with disturbing history, numerous organizations with conflicting philosophies, fascinating and significant environments, many optional and elusive side stories, and, well, just lots and lots of lore. How do you take something so complex and layered and distill/channel it into a comic book format?


To me, it's like any other story – find a way to make it emotionally personal and universal to the widest degree while reflecting my interests. If it's work for hire – study the world, characters, history, all with the basic storytelling approach I delineated above in mind, and then see what fits and how, but also remember to be fluid enough to open things up when that feels right and allow the story and the characters to breathe, change, tell you what's needed. Stay open to happy surprises. Don't be afraid to do the extra work, to cut, and to play. Have fun.

Writing Bloodborne's really easy to me because I already studied it as one of the finest examples of storytelling I have ever encountered. So the rest was about not messing that up – and adding to it in ways that reflect the storytelling design principles of the creators. And as to making it mine...it's absolutely there, too.


Beyond your extensive time with the game, how did you prepare for this project? Did you research fan theories, lose yourself in VaatiVidya’s YouTube channel (as we have many times), consult the obsessively-detailed strategy guides, or avoid all outside influence completely and stick to your own interpretation of the events, past and present? After reading the first issue, we’ve noticed that your take on “paleblood” may hint at that latter.


I mean, I read and listened to a lot for a long time before even realizing there was a comic to be made, so I was pretty fine in that aspect – and just added to that knowledge and revisited what I already knew. I think that "sticking" to some interpretation of the events as canon would go against how the world is best experienced for me, so I have no intent of imposing that mode on others. Things that may seem quite literal at this point in the comic – for example the Paleblood – may not seem nearly as literal later on. Or they might. Who knows. I'm not telling you.

Everything's an influence. But the pieces I pick up have to reflect the design principles already stated by Miyazaki-san in his interviews.


To follow that up, have you had any contact with the developer FromSoftware about what you can and cannot do with the comics? If so, what were your parameters in expanding this mysterious universe? We imagine, given the game’s intentional vagueness, which the game’s director Hidetaka Miyazaki says is open to interpretation, you wouldn’t want to overstep your bounds and provide answers to questions purposefully left unanswered.


Precisely. And as far as FromSoftware, they read everything and notes are given where necessary. We have a wonderful, easygoing creative relationship.


Have you found inspiration in any other places? For example, are you a Dark Souls fan? Are you a reader of Lovecraft? Or are you just a massive horror fan in general? Feel free to share any influences that have factored into your creative process.


Mary Wollstonecraft Shelley's Frankenstein, Bram Stoker's Dracula, H.P. Lovecraft's work, yes – and also newer weird fiction authors such as Laird Barron. I also thought about architecture in Prague, where I partially grew up, and I'm always very interested in various theories of perception and reality. So all the usual suspects coalesced, and being a kid who read King, Barker and Pratchett around the time I turned ten, well...it comes easy. I'm very interested in horror – one could argue it's present in all of my work, with 'Zero,' 'Wild Children' and 'Change' especially hitting the weird fiction buttons in a rather direct way. Or as direct as you can be with weird fiction, which is always up for discussion. I didn't necessarily think that's what I was writing – it's just that I realized the feeling of it often applies. 'Bloodborne' might well be my most direct engagement with weird fiction in the work for hire space, though 'Secret Avengers' had Jorge Luis Borges, a depressed bomb, Lovecraftian realities, and a descent into the Oceanic depths plus a meeting with the unknown, so that probably qualifies as well.


Before we go, we feel obligated to ask two last questions. First, what’s your favorite Bloodborne boss or enemy, whether based purely on appearance, dynamics of the encounter, temperament, or all of the above. Second, what games are you currently playing, and/or what are some of your favorite PlayStation games of all time?


I love the gigantic walking corn cob you encounter in one of the Chalice Dungeons. Couldn't believe they equipped it with tiny T-Rex hands and a flaming scythe. There's weird fiction and then there's...that.

But for real: I don't know, I really love most of them a whole lot. Right now, the top three memories are fighting Gascoigne because of how challenging that fight can be (plus the gravestones!), Rom because of the eeriness of the character and location design, the One Reborn because of the entrance it makes, the Cleric Beast because of how the scope of the game changes with it (and the music!), Vicar Amalia because I ragequit the game for two months and then came back and fought it in the single sweatiest fight of my life (I think I was under-developed as a character? Or maybe I'm just being too hard on myself) and, uh...you see the problem here, right?

Currently playing SOMA, LA Noire, NHL 18, and killing 17 bots in CoD: Modern Warfare multiplayer by myself whenever I need a break. Favorite PS games of all time are Silent Hill 2, Witcher 3, The Last of Us, Bloodborne, GTA V, Metal Gear Solid: Phantom Pain, the NHL series, the Pro Evolution Soccer series, Inside, Firewatch, Alien: Isolation, Hellblade: Senua's Sacrifice, and probably a few I'm forgetting. Very excited to play What Remains of Edith Finch and Shadow of the Colossus soon. 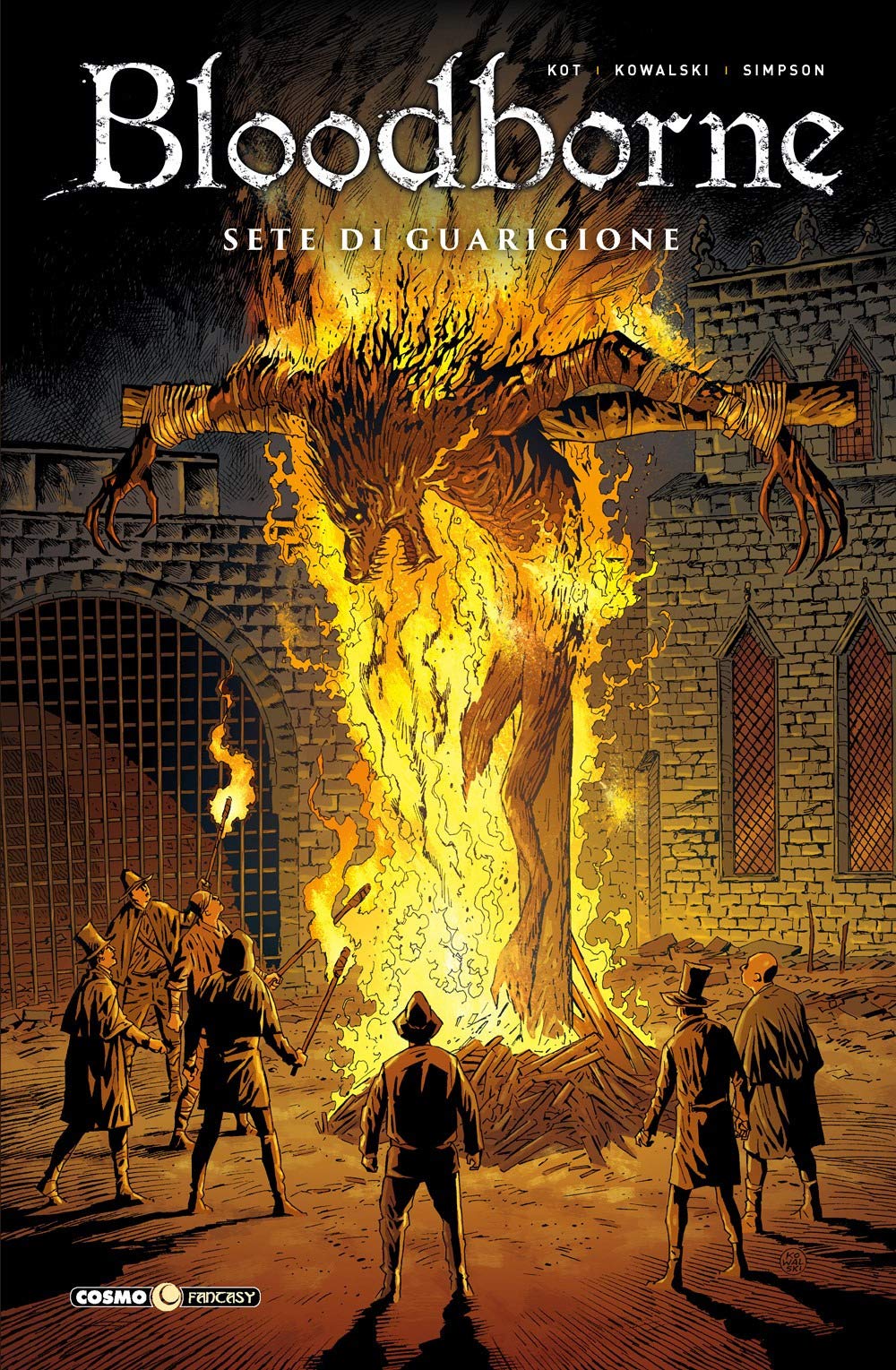 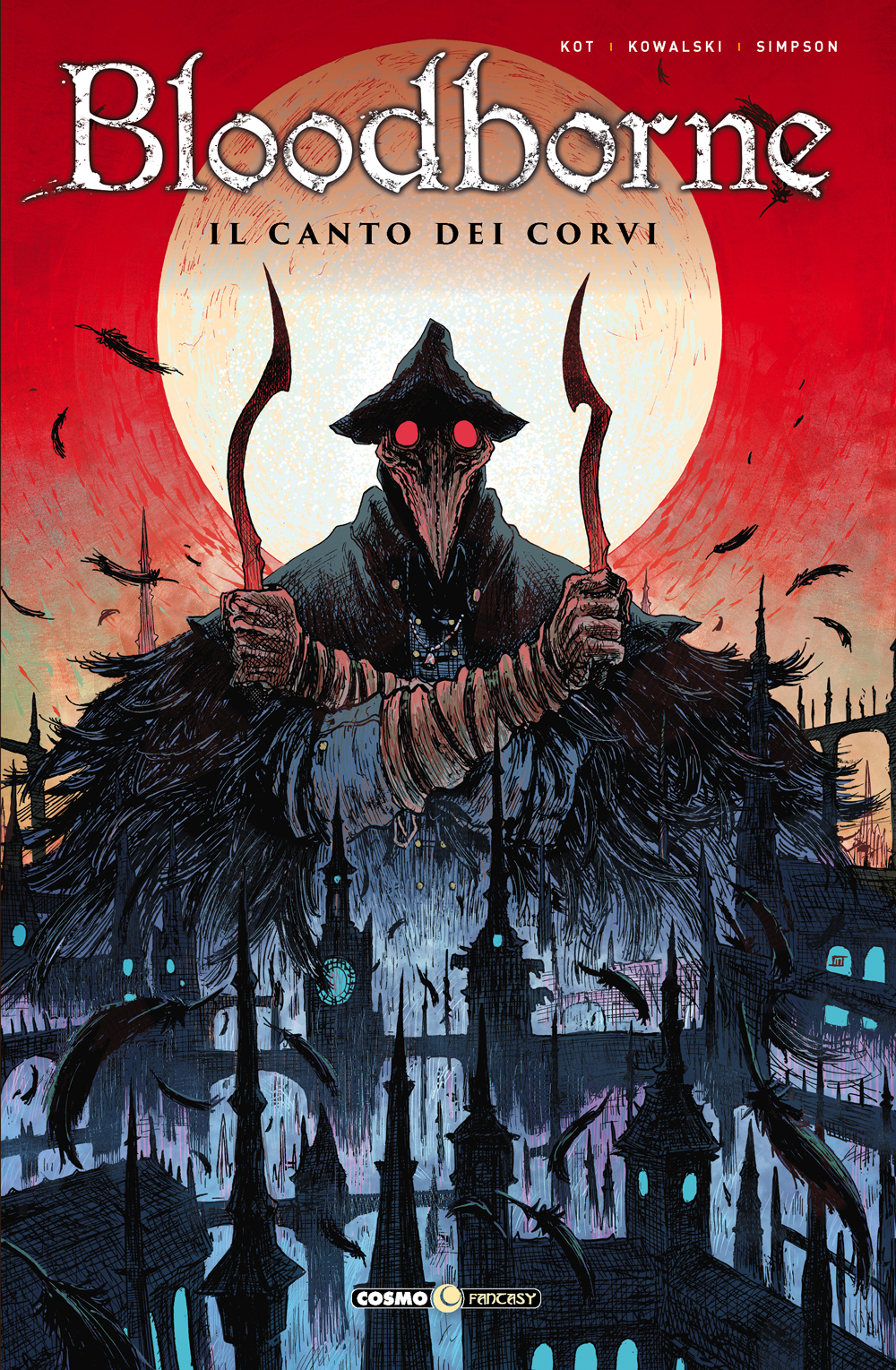